Thanks for stopping in! 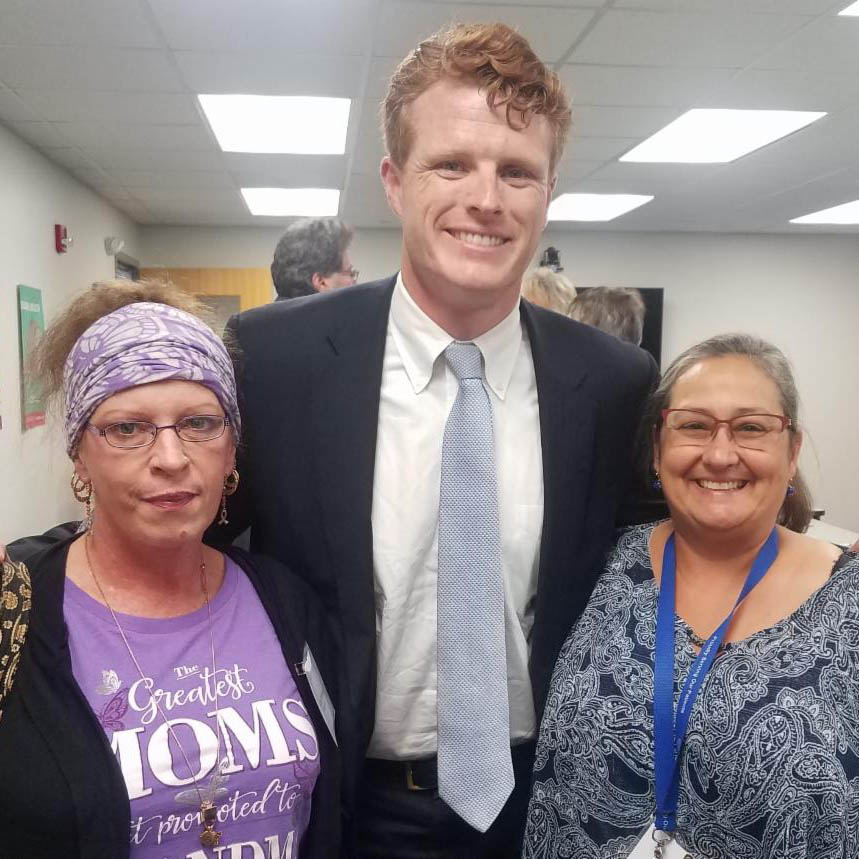 Congressman Joseph Kennedy III stopped in to Manet’s Taunton site on September 30 for what has become his annual visit with patients and staff.

Making time in his busy schedule, the Congressman was eager to hear about health care issues affecting the Taunton and Attleboro communities. He heard from Manet’s Board President Bob Griffin, CEO Cynthia Sierra, staff and patients, as well as from Michael Curry, Senior Vice President of Government Affairs & Public Policy and General Counsel for the Massachusetts League of Community Health Centers, who weighed in on the importance of congressional support for a long-term funding solution for community health centers. Congressman Kennedy acknowledged the difficulties that uncertainty around funding presents for health centers and pledged his continuing support.