Thank you for joining us at June Bloom 2022!

June Bloom 2022 is in the books and we wish to thank everyone who helped make it a fun, meaningful and memorable evening, as we honored our incredible Manet Medallion recipients!

It’s not too late to give
More than 300 guests gathered at Lombardo’s on June 9 for June Bloom 2022, which raised more than $140,000 for Manet Community Health Center.

Host and acclaimed meteorologist/horticulturalist Dave Epstein kicked off the program, which included remarks from Mayor Tom Koch and June Bloom Event Co-chair Alicia Gardner before Manet’s Board President Grace Murphy-McAuliffe and Immediate Past President Bob Griffin introduced a short video tribute to the Manet Medallion Honorees. (Special thanks to QATV for their expert production assistance.)

Chief Executive Officer Cynthia Sierra, rounded out the program with congratulations to the honorees, describing them as, “THE EXAMPLE of love for community and each other” and a brief preview of what’s to come for Manet.

Several past Medallion recipients were in attendance to show their appreciation for the latest honorees, including Kate Walsh, President & CEO of Boston Medical Center, Senator John F. Keenan, The Curry Family, Mayor Koch and representatives from Blue Cross Blue Shield of Massachusetts. Norfolk District Attorney Michael W. Morrissey, was among this year’s recipients and received his first Medallion in 2009 when he was a state senator, making him the only two-time Medallion recipient. 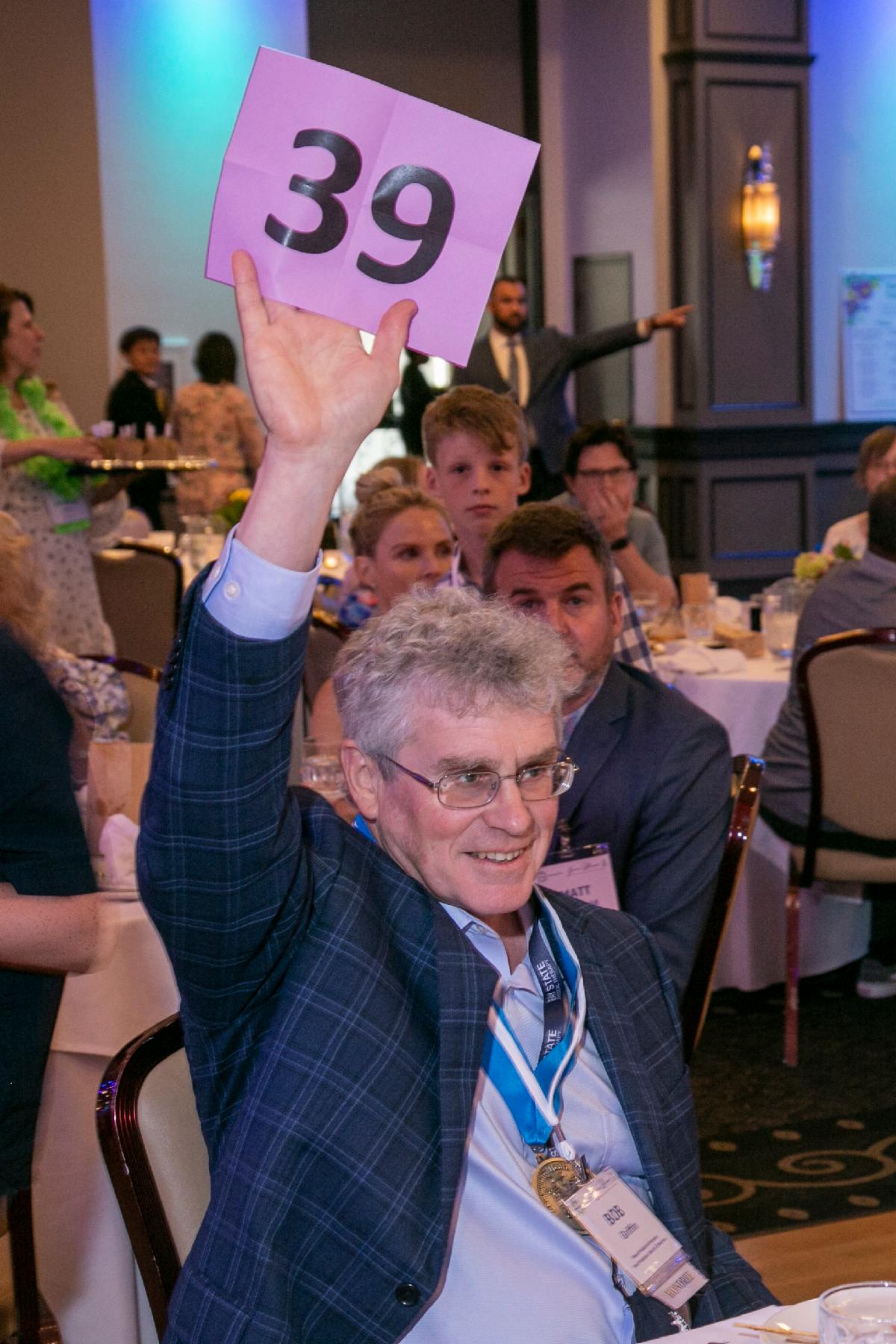 It’s not too late to give 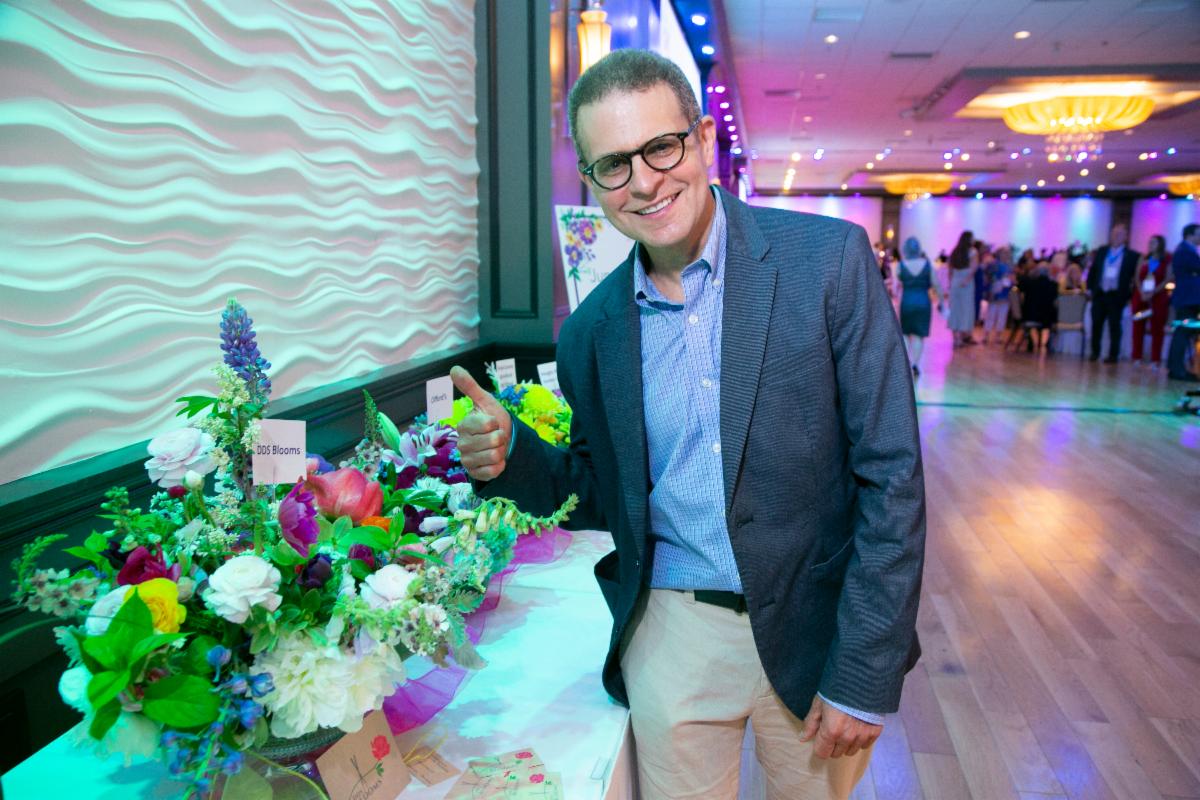 Event host Dave Epstein had a tough choice in selecting Best in Bloom! 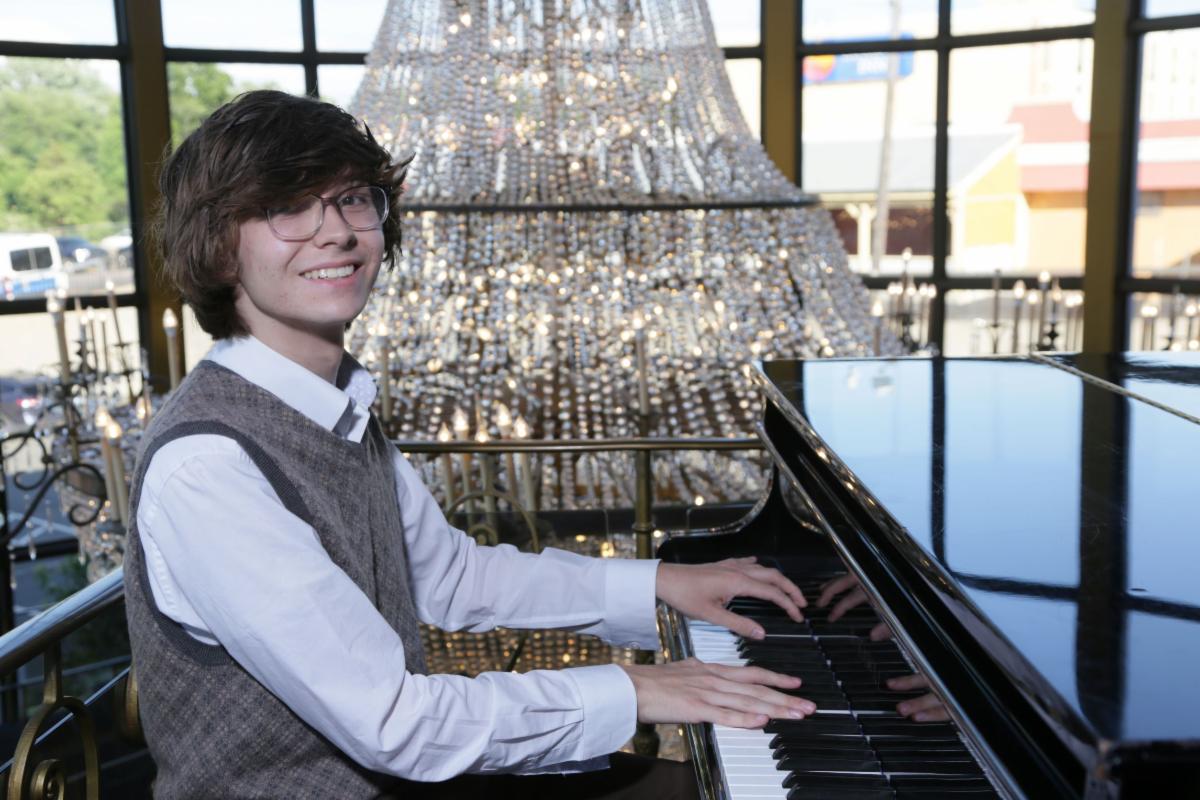 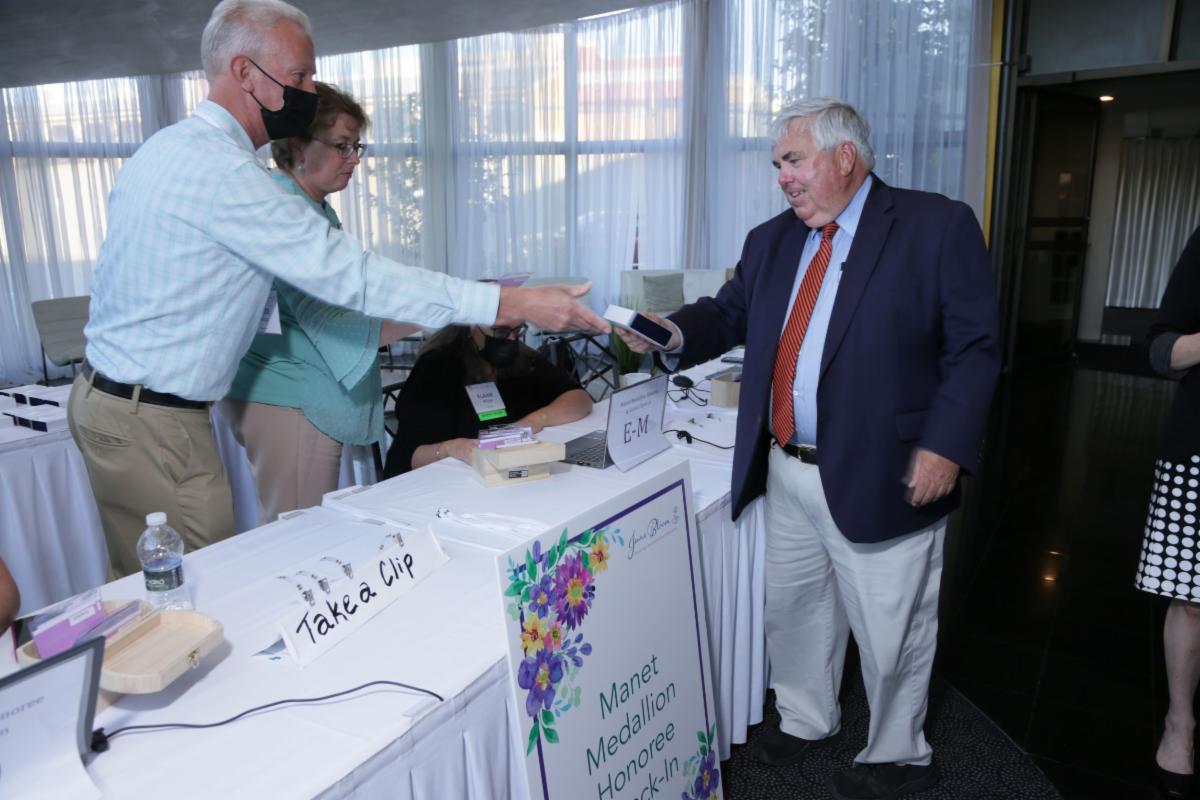 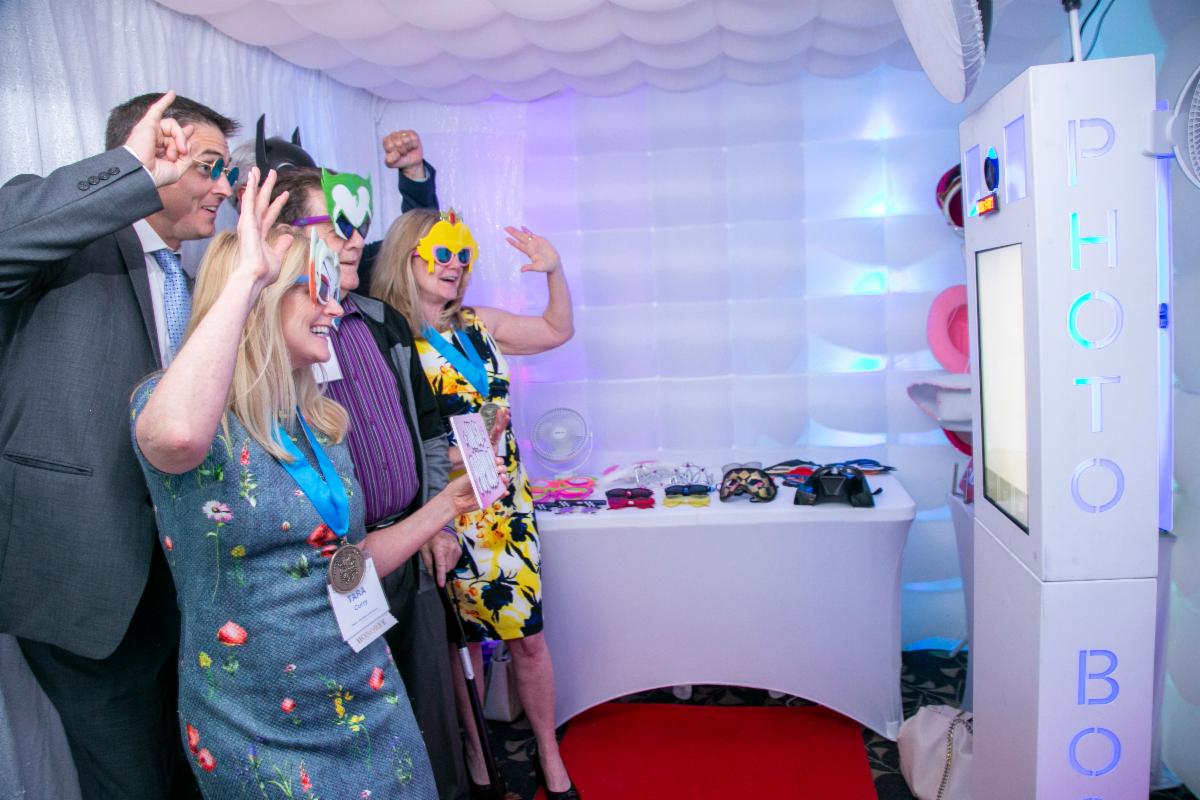 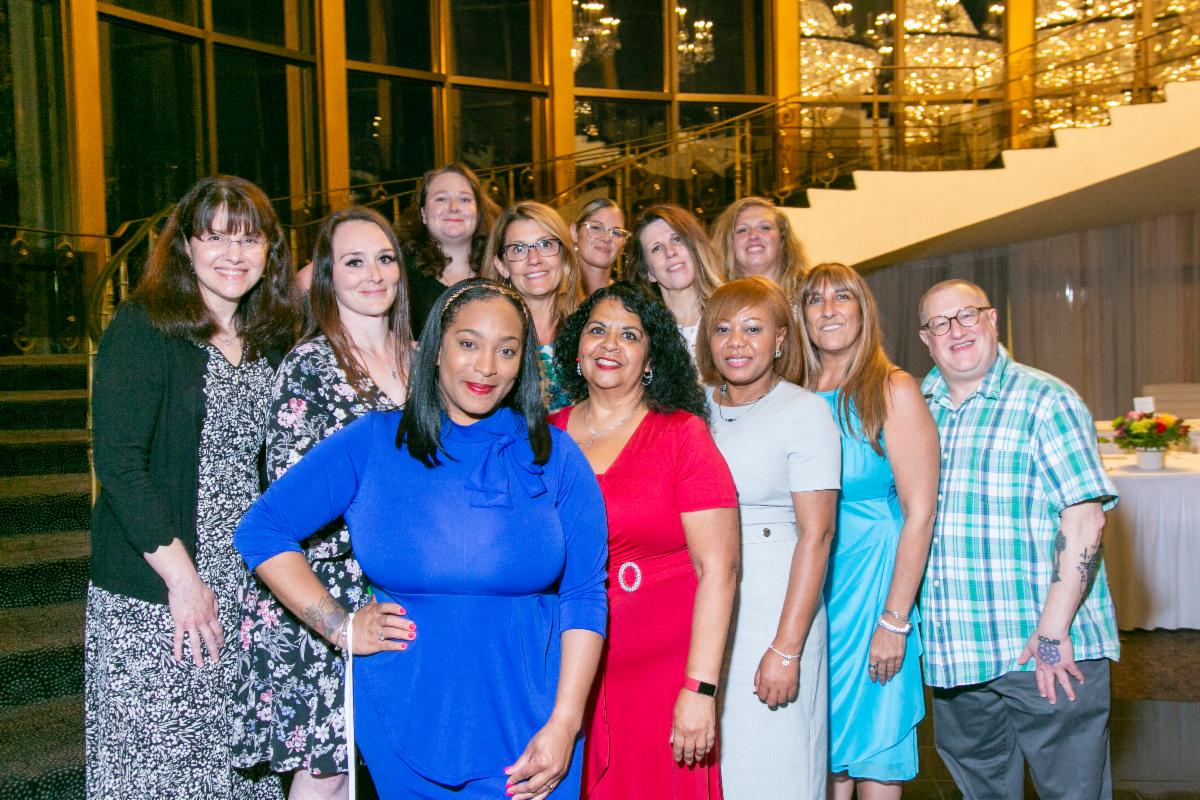 Hats off to the Blue Crew and Quincy College volunteers for their skillful assistance! 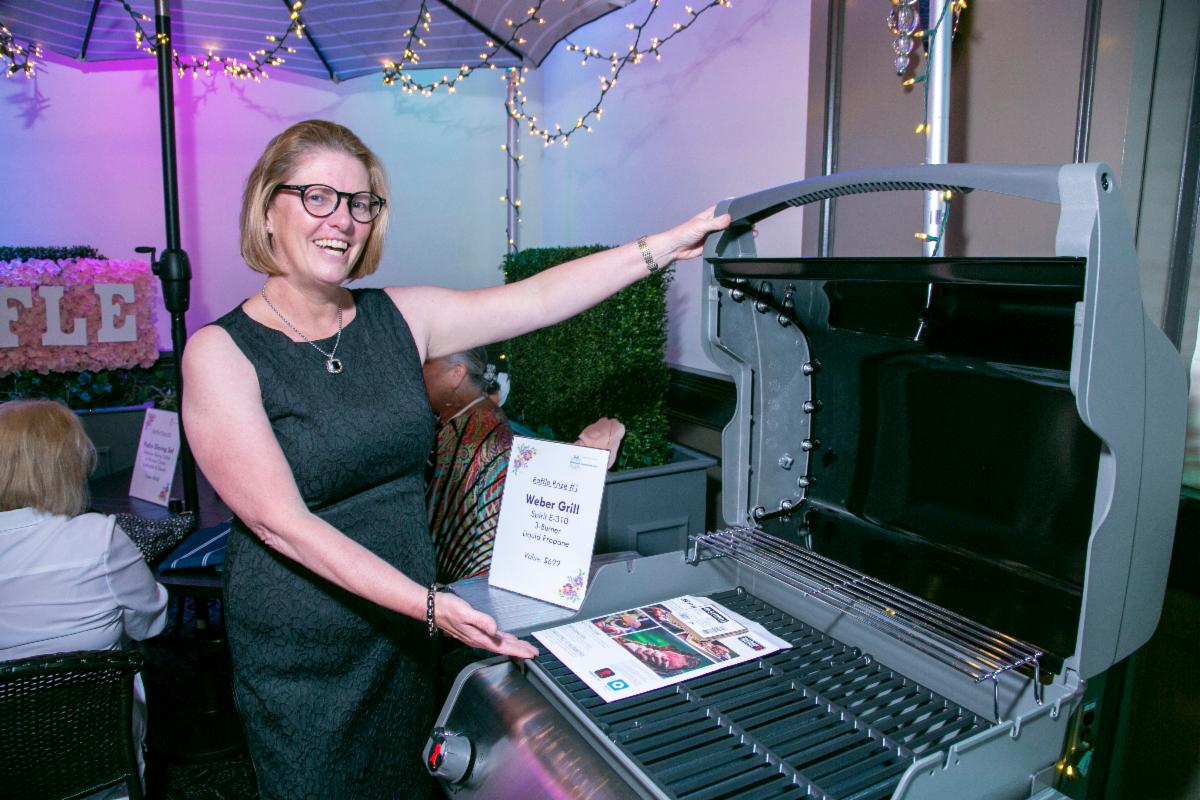 Now, how do I get this home? Raffle prize winner Jeanne Hopkins, OD, checks out her prize. 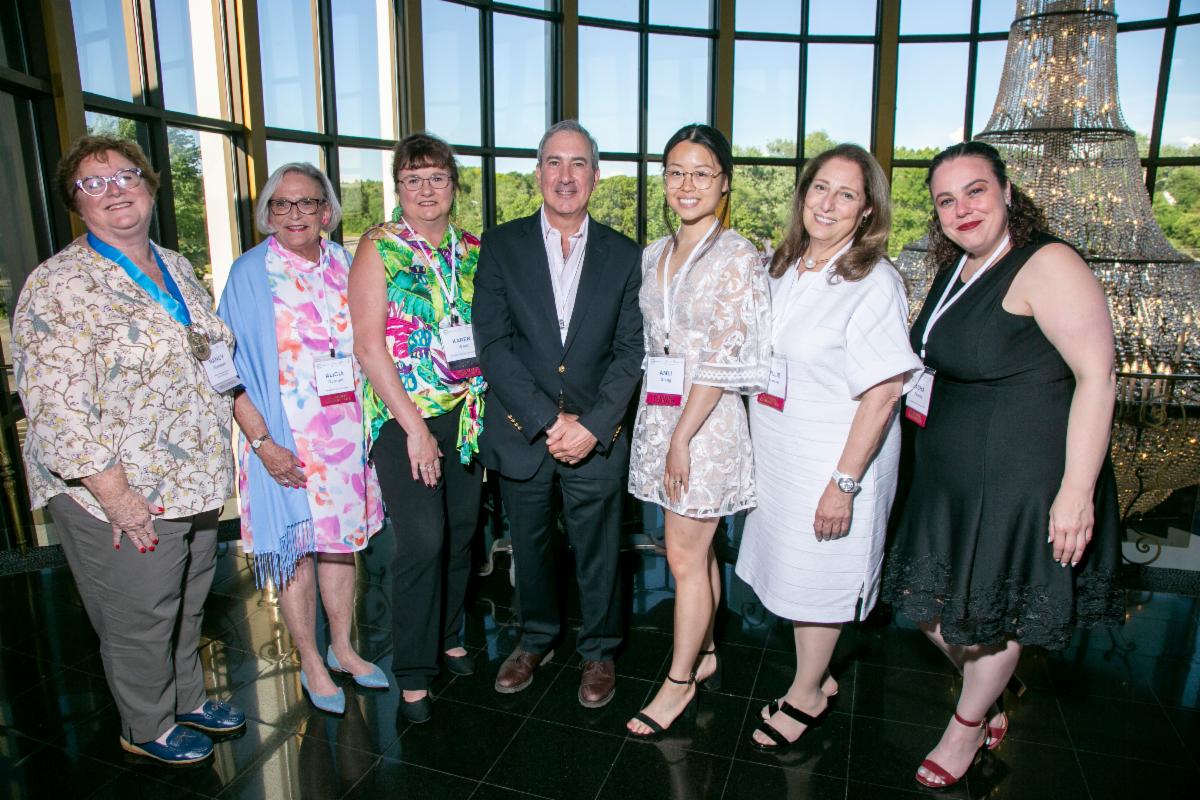 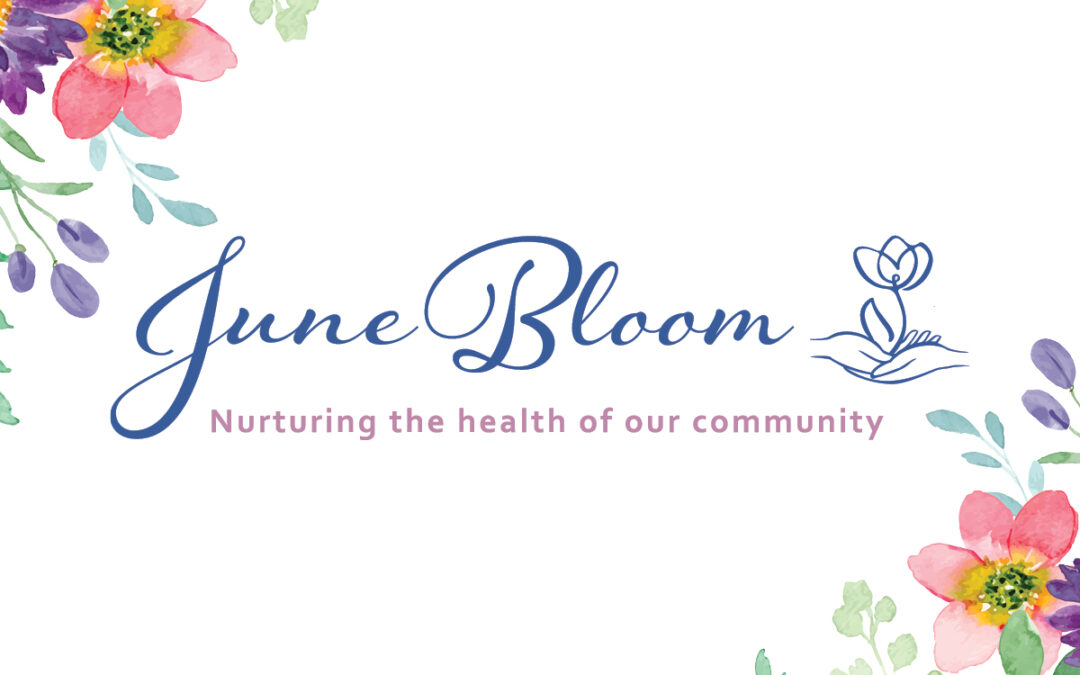 June Bloom 2022 is in the books and we wish to thank everyone who helped make it a fun, meaningful and memorable evening, as we honored our incredible Manet Medallion recipients!More than 300 guests gathered at Lombardo's on June 9 for June Bloom 2022, which raised... 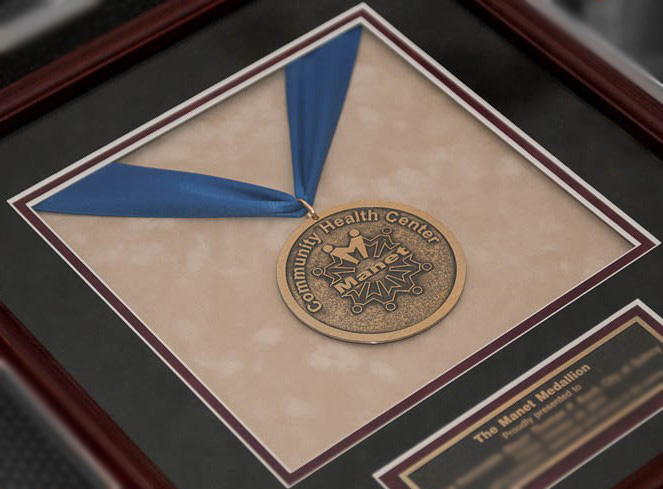 The Manet Community Health Center (Manet) Board of Directors voted unanimously to present its highest honor — the Manet Medallion — to its Pandemic Response Team volunteers who assisted with the health center’s COVID-19 vaccination efforts throughout the course of the...